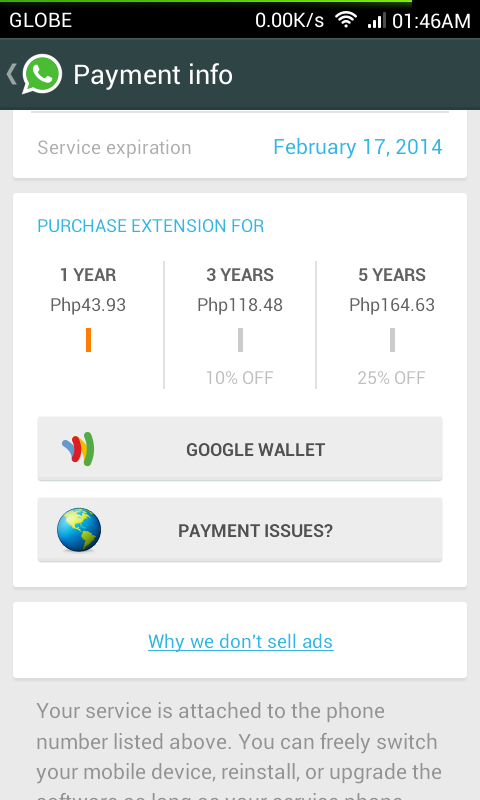 Or not. Depends on how much money you make and if you really need it.

Early last year, Whatsapp decided to charge users 99 cents yearly for using the app but gave existing users at the time of the announcement one more free year using it.

It was a sad time. During the announcement, I was frequently using Whatsapp over other chat apps because it felt more lightweight and snappier. But with all the alternatives, who needs it? It doesn&#39;t even have support for calls, cute stickers, and lacks a web or desktop version. I wouldn&#39;t mind paying for it if it had an edge but so far, it doesn&#39;t anymore when all the other apps are catching up in terms of speed and features.

So if you&#39;re saying goodbye to Whatsapp when your free subscription expires, checkout all these better alternatives.

For those asking, SIM Number Recognition means it recognizes the numbers of your contacts in your address book to see if they are also using the app. This also means that you can only use one account per phone number that you use. Unless you fake register with the "same" phone number on all your other devices to use one number for all. Apps aren&#39;t allowed to auto-retrieve the phone number so you can input a number in manually.

Is there any mistake in the magnificent table above? Drop a comment below. With all these free alternatives, would you still really pay for Whatsapp aside from the snob exclusivity? The cheap bastard wants to know.